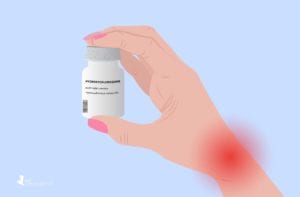 If you take the anti-malarial drug hydroxychloroquine (Plaquenil) as part of your treatment for lupus or rheumatoid arthritis (RA), you may be getting cardiovascular protection as an added bonus.

That’s welcome news because it’s estimated that about half of lupus patients experience heart complications, and heart attacks occur at younger ages in lupus patients than in the general population. Even as young adults, black and Hispanic women with lupus often have plaque build-up in their arteries that hikes their risk of heart attack. And experts have long known that people with RA are more likely to develop heart disease, even if they don’t show signs of clogged arteries: inflammation from arthritis disease activity is thought to be the link.

Because hydroxychloroquine (HCQ) has been associated with lower levels of cholesterol, blood sugar, and the tendency of blood to clot — all cardiovascular risk factors — researchers looked at the association between HCQ use and the occurrence of heart attacks, strokes, and blood clots (in lungs or deep veins). The results were presented at the 2019 American College of Rheumatology/Association of Rheumatology Professionals annual meeting in Atlanta.

HCQ use was categorized by the most recent date covered by a prescription and divided into those currently using the medication (within last month), those who recently stopped using it (used within 30 to 365 days), those who stopped using HCQ more than a year previously, and those who had never taken it.

After controlling for such other factors as kidney disease and the use of glucocorticoids, disease-modifying anti-rheumatic drugs, and heart disease medication, lupus and RA patients currently using HCQ were 17 percent less likely to have a heart, stroke, or blood clot.

In contrast, those who had discontinued HCQ within the last year were 8 percent more likely to have one of the cardiovascular events.

When people stopped using HCQ more than a year ago, the risk of cardiovascular events was no different than those who had never been prescribed HCQ.

In another hydroxychloroquine study presented at the meeting, Johns Hopkins researchers looked at blood levels of HCQ in lupus patients who developed a blood clot (including heart attacks and clot-caused strokes). They found that patients with the highest levels of HCQ in their bloodstreams were the least likely to have developed a clot.

The researchers cautioned that following the suggestion of the American Academy of Ophthalmologists to reduce HCQ doses in an effort to prevent damage to the retina (which occurs in about one out of 5,000 patients taking HCQ for more than five years, according to Johns Hopkins), may also reduce or eliminate the benefit of HCQ in preventing blood clots.

If you’re taking hydroxycholoroquine and are concerned about your dosage and how it may affect your heart disease risk or the odds of vision problems, talk to your rheumatologist and ophthalmologist to understand your risk factors and make the right decision for you.