A new study adds support to the theory that psychological stress might increase the risk of fibromyalgia and make symptoms worse. 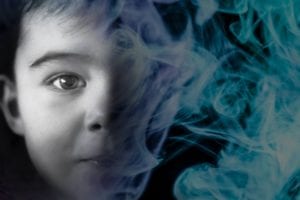 No one knows what causes fibromyalgia but some experts believe that stress may be a common trigger, especially in people who are susceptible to this chronic pain condition for physiological reasons. Now a new study adds support to the theory that psychological stress might increase the risk as well as lead to worse symptoms among those who have fibromyalgia.

According to this study, patients who had a history of abuse were also more likely than those who had not been abused to report more severe fibromyalgia symptoms. Patients with a history of abuse had higher pain disability index scores, more generalized weakness, and had visited doctors more frequently.

Those who had been abused were also more apt to be seeing a psychiatrist and to have a drinking problem or a personal history of alcohol abuse.

“Our results suggest that stressors such as abuse have a wide range of detrimental effects on [fibromyalgia,]” the authors concluded. “We recommend that abuse should be inquired about in all patients evaluated for [fibromyalgia] as this may give more clarity to the nature and severity of the [fibromyalgia] presentation and prompt the need for psychological interventions.”