What to eat and avoid to stop fibromyalgia pain and help treat fibro naturally. 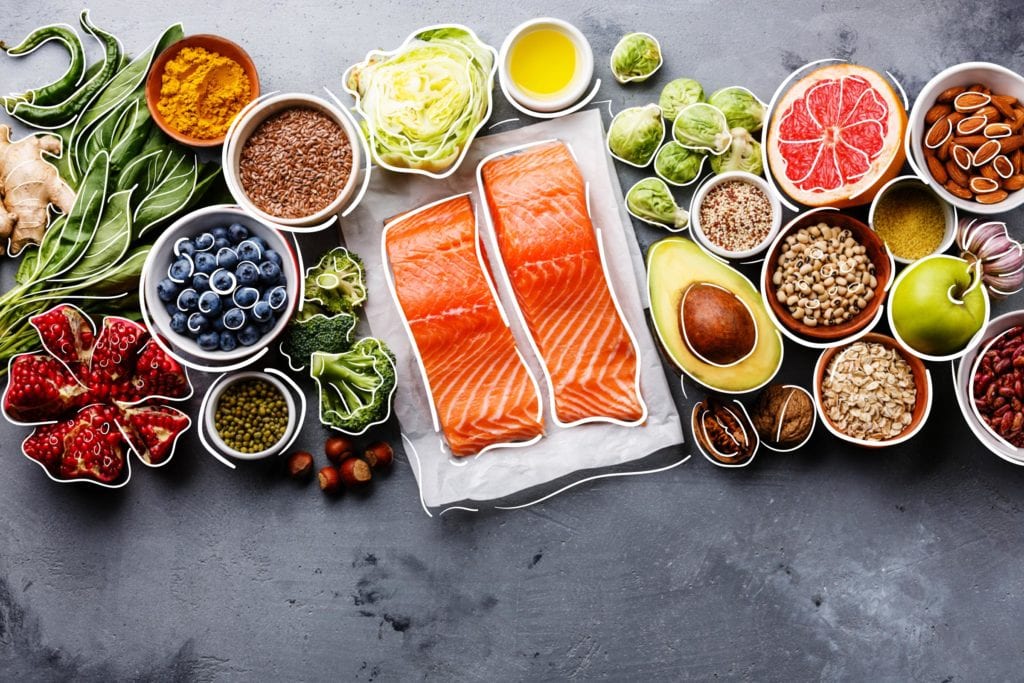 While good nutrition is an important part of managing many types of chronic conditions, people with fibromyalgia can often get significant relief from their symptoms by changing their diet. While little research on the link between diet and fibromyalgia exists, nutrition is a promising tool for treating patients, according to a study published in the journal Clinical and Experimental Rheumatology.

There is no one “fibromyalgia diet” that works for everyone with fibromyalgia, but there are certain foods and nutrients that often help — or aggravate — many people with the condition. Fibromyalgia is a disorder where patients have widespread musculoskeletal pain as well as other symptoms such as fatigue, sleep, memory, and mood issues.

Here, Sonya Angelone, MS, RD, CLT, a spokeswoman for the Academy of Nutrition and Dietetics, who regularly works with people with fibromyalgia, shares her best advice for finding a fibromyalgia diet plan that works for you.

“Fruits and vegetables are loaded with antioxidant and anti-inflammatory components that may ease fibromyalgia pain,” Angelone says. While fibromyalgia isn’t considered an inflammation-based illness, studies suggest that neuroinflammation may play a role in the condition.

And if you’re overweight, swapping out high-fat meats and refined grains for produce could help you slim down and feel better, she adds: “Weight loss decreases inflammation and eases the burden on your muscles and joints.”

Angelone advises her clients with fibromyalgia to eat more foods rich in omega-3 fatty acids, including fatty fish, walnuts, and flaxseed. “It can help decrease inflammation and relieve pain in some people,” she explains. Hate fish? Fish oil supplements can help.

3. Spice up your menu

Many herbs and spices are potent sources of phytochemicals, which are chemical compounds produced by plants that are associated with anti-inflammatory effects. Angelone’s top picks include turmeric, red pepper, cloves, ginger, cumin, anise, fennel, basil, rosemary, and garlic.

A diet high in sugar and refined carbs (as well as saturated and trans fats) can fuel inflammation. But you can’t just avoid dessert and white bread and assume your diet is low in sugar. “Sugar can lurk in unexpected foods, such as salad dressings and marinara sauce, so it’s important to always read the label when you shop,” Angelone says.

People with fibromyalgia sometimes find that their fibro symptoms worsen when they eat certain foods or ingredients, such as dairy, MSG, caffeine, or artificial sweeteners. To identify your triggers, keep a food diary for a couple of weeks and note how you feel after each meal and snack. Keep in mind, however, that fibro symptoms from eating a certain food can take up to a day to appear.

7. Ask your doctor about supplements

Many Americans are low in vitamin D and magnesium, both of which are important for those with fibromyalgia.

“If you aren’t getting enough magnesium, that can make your fatigue worse because magnesium plays an important role in energy production,” Angelone explains.

As for vitamin D, a study published in the journal Pain found that people with fibromyalgia who took vitamin D reported less pain and morning fatigue than those who took a placebo.