What It’s Like to Take the Citrate-Free Version of Humira, According to Patients Who’ve Tried It

There’s no burn with this version, patients report. 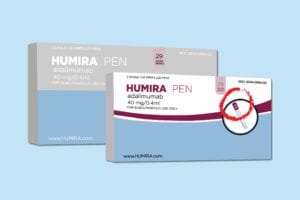 Earlier this year, the pharmaceutical giant AbbVie announced some news that made patients feel relief and anticipation: a citrate-free version of Humira (adalimumab), its widely used biologic drug, would soon be available.

Humira and other similar drugs can be life-changing for patients who take them to manage such chronic inflammatory diseases as rheumatoid arthritis, Crohn’s disease, or psoriasis. An immunosuppressive biologic, Humira binds to a protein called tumor necrosis factor (TNF) that contributes to over-activation of the immune system and inflammation. People with autoimmune inflammatory disease produce too much TNF, so taking drugs in this class (called TNF blockers) can help stop inflammation and even disease progression.

But even though Humira, which was first FDA-approved in 2002 for treating rheumatoid arthritis, can provide significant symptom relief, many patients who take it complain that it burns upon injection. In some cases, very badly.

“The feeling when the medication entered my body was like nothing I had ever felt before,” wrote Crohn’s disease patient Natalie Hayden on her blog Lights Camera Crohn’s. “It was an unthinkable amount of pain. It was overwhelming knowing that for the rest of my life, I would endure this same pain, multiple times a month.”

The citrate-free version of Humira is still rolling out. If you haven’t heard about it or spoken with your doctor about it yet, here’s what you need to know.

Citrate is a buffer, or a chemical that’s used to help maintain the stability of medications, explains James Wu, PharmD, a pharmacist and manager of a Walgreens community pharmacy in Chicago. “It’s commonly found in injectable medications such as Humira to help it keep its chemical and physical properties,” he says. Changes in pH can adversely affect the proteins used in biologic medications.

What about the new formulation is better for patients?

Citrate-free Humira uses a different buffer to help stabilize and preserve the drug, and this buffer doesn’t cause the same burning and pain that patients commonly report experiencing, says Doug Roberts, MD, a rheumatologist in Sacramento. The pen has a smaller needle (29 gauge versus 27 gauge) and contains 50 percent less volume (but the amount of medication is the same). So you’re injecting less fluid to begin with, the needle is smaller, and the fluid is less painful.

How does citrate-free Humira compare with the formulations of other TNF blockers?

All biologic drugs need buffers to help stabilize and preserve their chemical makeup. “Most contain some form of buffer that can create some burning,” says rheumatologist Vinicius Domingues, MD, CreakyJoints medical advisor. “However others, including Enbrel (etanercept), Cimzia (certolizumab pegol), and Simponi (golimumab), have also made modifications in their formulas.”

What else do patients need to know about the citrate-free version of Humira?

The drug is administered the exact same way as the original version. The only other thing to know is that the packaging looks slightly different. As circled in the photo above, the numbers on the caps are now white. There’s a larger viewing window on the pen. And the drug comes in a blue box instead of a red one.

What does it feel like to use the citrate-free Humira?

CreakyJoints community member Eddie Applegate, from the Atlanta area, learned about citrate-free Humira at his last rheumatologist visit, a usual check-up for his psoriatic arthritis. “The burning sensation [on Humira] is something I have experienced, but I’ve heard and read from others how much worse it was for them,” he says. Due for a drug refill anyway, he decided to try the new formulation.

Applegate had to call his specialty pharmacy to change the prescription instead of scheduling delivery online as he usually does.

His first injection, which he administered last week, went off without a hitch. “I did not experience any burning. The claims online were not overstated,” he says. “I hope this allays any fears or worries from other Humira patients.”

For her part, Natalie Hayden says it was difficult to fathom the impact of switching to the citrate-free version. But she knew right away the new version made a huge difference.

“I’m here to tell you it’s completely painless. Less pain than a blood draw. Less than a flu shot. You feel nothing,” she wrote on her blog. “It’s emotional and overwhelming in the best way. I cried for a good half hour after my first one, happy tears. Tears of joy from a woman who now knows her children will never see their mom struggle in pain. Tears of joy from someone who is eternally grateful for a medication that keeps a painful and debilitating chronic illness at bay. Tears of joy knowing that I will never have to feel that awful pain again. A pain that’s too much to put into words, that was part of my life for so long.”

The information provided by Walgreens should be considered general clinical information only and should not be viewed as a recommendation or endorsement by Walgreens of any specific product or manufacturer.

When to Have a Telehealth vs. In-Person Doctor Visit with Arthritis or a Rheumatic Condition

How Rheumatologists’ Offices Are Keeping Patients Safe During COVID-19