Marijuana for Fibromyalgia Pain: Is It Worth a Try? 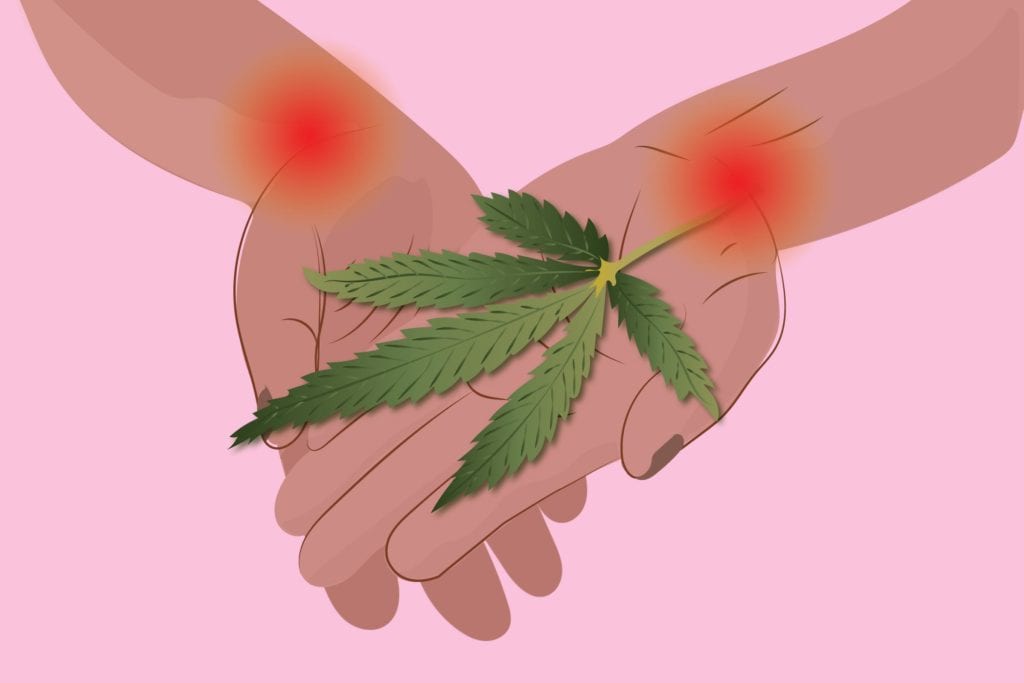 Fibromyalgia, a chronic pain disorder that plagues an estimated 10 million Americans (most of whom are women), can be tricky to treat. Many patients end up needing to use a combination of different medications and other treatment, such as physical therapy and psychological counseling, to get relief.

But a recent small study suggests that medical marijuana might make all the difference.

The research, published in the Journal of Clinical Rheumatology, examined data on fibromyalgia patients from two hospitals in Israel. The scientists found that everyone who had used medical cannabis (aka marijuana) reported a “significant improvement” in their symptoms. Half of the group was able to stop taking all other medication for fibromyalgia.

While this sounds great, there are some pretty important caveats. First, this study was extremely small, (it only included 26 patients). It wasn’t a randomized trial, either, so it’s unclear if factors other than marijuana use might have helped these patients feel better.

“Given the small sizes of this study and its retrospective nature, it is difficult to draw general conclusions for patients with fibromyalgia, but it does open the door to more exploration of this topic,” rheumatologist Amanda M. Sammut, MD (who was not involved in this study), wrote in an expert critique for MedPage Today.

Some physicians may be reluctant to promote medical marijuana for fibromyalgia until more research is completed, but study coauthor George Habib, MD, MPH, told MedPage that he believes it’s worth a try “early on,” before patients turn to prescription opioids.

If you’re interested in trying marijuana to treat your fibromyalgia, talk to your doctor. In Habib’s study, side effects were mild and included dry mouth, eye redness, and hunger. But marijuana can trigger a range of reactions in different people; plus, there’s a chance it could interact with other medications you take.

You should also know that certain strains work better for chronic pain than others, that smoking a joint probably isn’t the best option (it’s bad for your lungs and hard to dose), and that you don’t necessarily have to get “high” to get other benefits.

If your physician is not knowledgeable on this subject, seek out someone who is (assuming it’s legal in your state). You can find a number of tips and resources for patients at safeaccessnow.org.

CreakyJoints Launches eRheum.org to Educate Patients on Getting the Most from their Telehealth Appointment

Gout in the Thumb: Is Your Thumb Pain a Sign of Gout?

COVID-19 Patient Support Program Poll Results: Will You Get a Coronavirus Vaccine When Available to You?