‘It Started with Some Innocent Knee Pain’: How My 8-Year-Old Son Was Ultimately Diagnosed with Psoriatic Arthritis

We had gone from 0-60 mph — from a simple twisted knee to the possibility of sepsis to finding out my son had juvenile arthritis.

Diagnoses aren’t always clear-cut or textbook — they can be full of twists and turns along the way. As a parent, you know your child better than anyone but even you may miss subtle signs as can the medical community. This is the story of our son’s journey to an eventual diagnosis of PsA.

As a mom of four children — including a son with significant disability and medical issues — I was confident that I was in tune with my kids and their bodies.

I couldn’t have been more wrong.

Our third son was a very active third grader. He played flag football and would shoot hoops after school with friends, play street hockey with neighbors until dark, or jump on our trampoline for hours. Because he was an 8-year-old boy, he wasn’t fully tuned into his body regarding pain or injury the way an older kid or adult might be.

Despite being a very happy-go-lucky and communicative kid, we had no idea that he had been waking up for a while almost unable to get out of bed due to shooting pain in his knee. Instead of telling us about it, he would casually and sporadically mention that his leg hurt. Considering some of the crazy physical antics I observed him doing, I wasn’t surprised.

I also thought he might be experiencing growing pains, something I suffered from terribly in my legs as a kid around his same age. I gave him some Advil and he went about his day without a complaint.

With four boys and the accompanying cacophony of extra kids buzzing in and out of my mudroom door, unless someone was bleeding or limping, aches and pains were not atypical given my kids’ activities. Our son’s knee wasn’t really on my radar until he mentioned it again, so I called our chiropractor. What he described was similar to other times he had twisted his knee or arm playing basketball or landing a flip on the trampoline the wrong way. A quick adjustment, and then he’d be fit as a fiddle back at it just like always.

This time I was very, very wrong.

My chiropractor took me and my son to one of her exam rooms and had him change into shorts. It was the middle of winter, so I hadn’t seen my son’s bare legs for months. She quickly examined his posture, then had him get on the table to check his knee. She said to him, “It’s swollen, do you remember what you did?”

One of my lesser talents as a parent was identifying swelling unless it was very obvious. I looked at his knee and it didn’t look swollen to me but what WAS concerning is that it was warm to the touch.

I knew this wasn’t normal.

Our chiropractor had been treating my son since birth, so she knew him very well. She did a basic adjustment but suggested that he be seen by his pediatrician within the next few days, “just to be sure it’s nothing more.” Concerned, I called the pediatrician from the chiropractor’s office parking lot and got appointment that afternoon.

Because they were fitting us into the schedule, we saw someone other than our regular pediatrician in the practice. This doctor examined his knee and ordered an X-ray, which came back normal. By now, I could see the swelling more clearly. It was subtle but definitely present.

I could tell this pediatrician wasn’t 100 percent convinced that everything was fine. He said he wanted to err on the side of extreme caution and send us to the emergency room. This doctor thought there was a very, very, very remote chance that the knee might be septic and possibly require a tap. He just wanted to be certain.

Wait…WHAT?!?? We had gone from 0-60 mph in the course of just a couple of hours — from a simple twisted knee to the possibility of sepsis. I called my husband and proceeded to the emergency room at Children’s Hospital in Boston.

After a wait and multiple exams, the ER doctor said he felt strongly this might be a sudden onset of juvenile idiopathic arthritis (JIA). Again, what? No one in our family had arthritis. Wasn’t arthritis for older people or kids with significant medical and health issues? Our son was an incredibly healthy boy who rarely got a cold. Still, the ER doctor felt strongly this was the case, so he sent us home with instructions to take OTC medication for pain and referred us to a pediatric rheumatologist.

A new medical journey had begun, and we had no idea what was next. I was incredibly grateful to our chiropractor for seeing what I didn’t with her trained eye. I credit her and the on-call pediatrician for being diligent and thorough ultimately saving our son from further damage to his joint and getting him treatment sooner than he likely would have otherwise.

Fast-forward a few weeks: Our son did see a pediatric rheumatologist, who diagnosed him with JIA in his left knee and left wrist. Our son was a lefty, so we made regular appointments for him to be closely monitored. Eventually, regular OTC pain meds weren’t doing the trick for his arthritis flare-ups and we didn’t want to overburden his young liver with the continual use of systemic pain meds, so we opted for a steroid infusion directly into the joints. Because of his age, this was performed under anesthesia in the operating room. The injection treatment lasted for several years and he was seen every six months.

Then another bend in the road raced toward us.

My husband has had psoriasis since he was in elementary school. It was his primary fear that one of our boys would develop it. We had been told that autoimmune diseases run in families. My husband never developed arthritis himself, but we realized with our son’s diagnosis of JIA, the prospect of psoriatic arthritis was a possibility.

When my son came to us as a teen with what I thought was acne or some sort of rash, my husband immediately said in a defeated tone: “It’s psoriasis.”

We went back to the rheumatologist who confirmed that it was indeed psoriasis and she officially changed our son’s diagnosis to psoriatic arthritis and involved a dermatologist. The puzzle pieces had fallen into place, as hard as they were for us and our son to face.

Our son has since had another steroid injection to the knee only (his wrist has been stable) but the effects from the treatment didn’t last more than a few months. We’ve made dietary changes and he’s being closely monitored. We’re grateful for the amazing doctors our son has but we realize this is an ongoing struggle for him as he grows older and grapples with making his own treatment decisions. We’re not sure what the next step will be for him.

As parents, we want to make everything better when it comes to our children’s health —  especially their pain. But sometimes we can’t fix everything.

One thing I’ve learned through this experience is the importance of examining your kids regularly when they’re young for a baseline is key. As they get older and move to the teen years, teaching them to know their bodies is also critical. It’s a learning process, but a strong community and ongoing research into this condition are a huge comfort as we continue to learn and navigate. 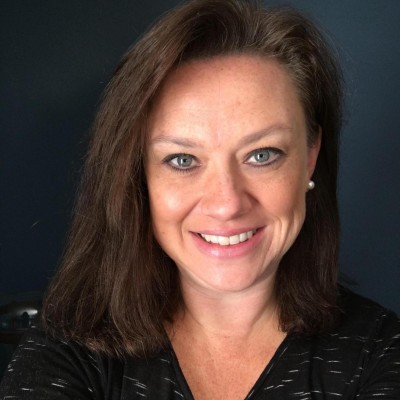 Laura Richards is a journalist with bylines at The New York Times, The Washington Post, U.S. News & World Report, The Boston Globe Magazine, Glamour, Reader's Digest, Martha Stewart Living, Woman's Day, Redbook, House Beautiful, and many other outlets. She resides west of Boston, MA with her husband and four sons. Connect with her on Twitter @ModMothering.