A new study demonstrated just how these insurance requirements have a negative impact on patient care. 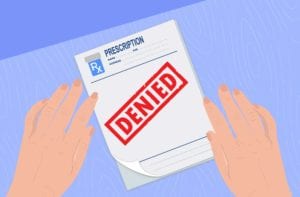 Biologic drugs can work wonders for some people with rheumatic conditions like rheumatoid arthritis (RA), but they come with a steep price tag. In an effort to control costs, most insurance companies require patients and doctors to jump through some hoops to gain access to them.

Biologics come in two forms: injections you give yourself at home and infusions you get at a doctor’s office, infusion center, or hospital.

Oftentimes, a provider can’t simply write out an infusion order and direct a patient to an infusion center so they can start receiving the medication. First, the doctor has to prove to the patient’s insurance company that they really require an infusable medication such as rituximab (Rituxan) or infliximab (Remicade) and get the insurer to grant “preauthorization,” which is also called prior authorization. A similar prior authorization process can occur with injectable biologics.

The process of completing such documents and waiting for them to be reviewed takes time — time during which a patient might be going untreated or improperly treated.

According to a new study, published in the journal Arthritis Care & Research, this lag time has serious consequences for patients’ health.

Researchers reviewed electronic medical records for patients at the Rheumatology Unit of Massachusetts General Hospital and found that 225 of them contained doctors’ notes recommending a medication that is given by infusion. The majority of these patients (71 percent) had a health insurance policy that required prior authorization before the drug the physician selected could be administered.

Not surprisingly, patients who had to wait for prior authorization — especially when an appeal was involved — ended up waiting longer to start receiving infusions.

“[Prior authorization] requirements for patients with rheumatic diseases may introduce additional lags in treatment for patients who already face diagnostic delays and poor outcomes when treatment is deferred,” the authors wrote.

Those who had to wait to get their insurance company’s approval were also more apt to be treated with gluocorticoid drugs, such as prednisone, in the three months that followed a physician’s initial request for an infusable medication. That suggests that the delay in starting a biologic drug caused by insurance protocol translated to more disease flares that needed to be controlled by glucocorticoids. These drugs may cause serious side effects and are generally best used short-term.

“[Prior authorization] denials for patients with certain rheumatic diseases and the consequent delays in access to effective, glucorticoid-sparing medications may put patients at higher risk of gluocorticoid-related toxicity, including infection, cardiovascular disease, and diabetes,” the authors wrote. “If 96 percent of [prior authorization] requests are ultimately approved, the value of such gatekeeping should be reconsidered.”

Have you experienced this kind of delay in treatment and want to advocate to reduce the burden and improve access to care for people living with chronic illness? Join our grassroots patient advocacy group, the 50-State Network.