If You’re in Remission on a DMARD for Rheumatoid Arthritis, Should You Taper? Here’s What New Research Says

New data compares what happens when the dosage of DMARDs such as methotrexate is tapered or kept steady. 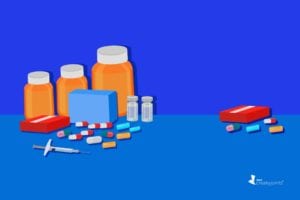 For most rheumatoid arthritis (RA) patients, sustained remission (inactive disease) is the goal of taking methotrexate or biologic DMARDS to manage their disease. However, what to do after reaching that goal hasn’t been clear. Should RA patients stick with the medication dose that’s working or gradually taper the dose — and thus lessen both the expense of the medication and possible side effects of these powerful RA medications?

Whether or not to taper is usually determined on an individual basis during discussions between individual patients and their doctors, based on shared decision-making around achieving and maintaining remission or low disease activity.

Now, there’s more data to help those discussions. It comes from a trial called ARTIC REWIND (Remission in Rheumatoid Arthritis: Assessing Withrawal of Disease-Modifying Antirheumatic Drugs in a Non-Inferiority Design) that enrolled patients who had been diagnosed with rheumatoid arthritis less than five years earlier and had no swollen joints for at least 12 months while taking a DMARD (about 80 percent on methotrexate). The researchers compared 78 people who were kept on their current DMARD dose with 77 who were moved to a half-dose of the same medication.

In the main finding, over the next 12 months, 6.4 percent of patients on the stable dose and 24.7 percent of patients moved to a half dose experienced a disease flare, defined as a combination of at least two swollen joints, a change in disease activity score, or both patient and physician agreeing that a clinically significant flare had occurred.

In other measures, 79.5 percent of patients continuing the stable DMARD dose had no progression of joint damage on imaging during the year, compared with 62.7 percent in the half-dose arm. Using Disease Activity Scores to define who was still in remission after a year, remission continued in 91.8 percent of patients on a stable dose and 85.1 percent of those moved to a half-dose.

More people (75) who continued on their prior dose experienced a drug side effect during the year, compared with 53 people who were moved to a half-dose. However, serious adverse events were more common in the tapered arm (four patients, including two serious infections) than in the stable-dose arm (two patients).

The hard data should provide a helpful starting place for patients and rheumatologists to make decisions about tapering, which still need to take into account more subjective factors such as patients’ fears of RA disease progression and patients’ experiences with medication side effects.