It may be the case that psoriatic arthritis isn’t treated as aggressively as other inflammatory arthritis, like rheumatoid arthritis. 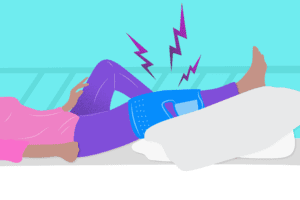 Biologic drugs have been hugely helpful to people with a wide variety of rheumatologic conditions, including rheumatoid arthritis (RA) and psoriatic arthritis (PsA). Since the introduction of these medications about 20 years ago, the number of people with RA who require joint surgery to address serious deformities has declined dramatically. While it would logically follow that joint surgery would also be on the decline among people with psoriatic arthritis, that doesn’t appear to be the case.

According to a new study, published in the journal Annals of the Rheumatic Diseases, joint surgery rates among people with PsA are still quite high — at least in Denmark. Researchers from that country used a patient registry database to identify nearly 12,000 people with PsA. They found that those with PsA were about twice as likely as those without this condition to undergo joint surgery.

“After 15 years of follow-up, nearly 30 percent of the PsA patients had received any [joint] surgery,” they wrote. “The high surgical rates represent an unmet need in the current treatment of PsA.”

They also found that “joint sacrificing” surgery — which involves removing and/or replacing the actual joint — was much more commonplace in people with PsA than it was among members of the general population.

It’s not clear why PsA patients continue to have joint surgery at such high rates, though one possibility is that they aren’t being treated as aggressively as those with RA. If you have RA, your doctor is supposed to use a treat-to-target approach, which usually means increasing your dose of medication and/or trying out different drugs until you reach remission.

Although guidelines also advise using treat-to-target in PsA, this strategy can be more difficult to implement in PsA because there’s some disagreement about what the target in this multi-faceted condition should be.