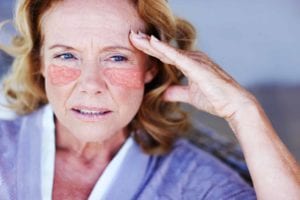 Lupus patients have been waiting a while for some good news. Only one drug, belimumab (Benlysta), has been FDA-approved for lupus in more than 50 years — and that happened back in 2011. Since then, scientists have been trying to develop additional therapeutic agents (and failing for various reasons). But research presented at the 2019 American College of Rheumatology/Association of Rheumatology Professionals (ACR/ARP) Annual Meeting in Atlanta suggests that a new lupus medication, anifrolumab, might have the potential to get approved and make its way to market.

The manufacturer, AstraZeneca, is expected to file for FDA approval in 2020. It’s hardly a slam dunk: The company conducted two phase 3 trials on anifrolumab, and one of them did not hit its primary endpoint, though secondary endpoints suggested that the drug had benefits. The second phase 3 study, which was presented for the first time at the recent ACR/ARP meeting, yielded more consistently positive results.

What the Studies Found

The first phase 3 trial was called TULIP 1 (Treatment of Uncontrolled Lupus via the Interferon Pathway). Last August, AstraZeneca reported that anifrolumab failed to meet its primary target in TULIP 1, which was a “statistically-significant reduction in disease activity… as measured by the SLE Responder Index 4 (SRI4) at 12 months.”

SRI4 is a composite score that is often used to measure disease activity in patients with systemic lupus during clinical trials. According to SRI4, anifrolumab was as flop: Patients who added the drug to their treatment regimen did not, on average, fare better than those who added a placebo.

The results of TULIP 1 appear in the journal Lancet Rheumatology and were discussed at the 2019 ACR/ARP meeting.

TULIP 2, the second phase III study of anifrolumab, used BICLA as its primary endpoint — and met it. TULIP 2, which was also presented at the 2019 ACR/ARP meeting, found that the drug beat the placebo as far as BICLA was concerned. It also determined that patients using it had greater improvements in skin disease and decreased use of corticosteroids.

While it’s true that researchers deliberately switched to a primary endpoint that they were likely to meet when moving from TULIP 1 to TULIP 2, there’s no clear consensus among rheumatologists that SRI4 is “better” than BICLA. In fact, a 2014 study compared these two outcome measures and determined that either one could “likely be an optimal primary endpoint” in a given clinical trial.

According to Northwestern University rheumatologist Michael Putman, MD, reporting on the trials for RheumNow, the SRI4 requires 100 percent improvement in some domains, “whereas with the BICLA you can get a little better across the board.” That might be part of why one endpoint seemed to work and the other didn’t, he said.

Anifrolumab is a monoclonal antibody that inhibits type 1 interferons, proteins that are involved in inflammation. Some lupus patients (but not all) have a “high interferon gene signature.” Scientists are simultaneously developing a test that can be used to identify those individuals. “It can be used to help predict who may or may not respond to this drug,” says Dr. Domingues. “This is an example of precision medicine, and it’s how cancer is being treated nowadays.”

“There has been a case building for many years about the importance of interferons in the pathogenesis of lupus,” Timothy Niewold, MD, Judith and Stewart Colton Professor of Medicine and Pathology and Director of the Colton Center for Autoimmunity at the New York University School of Medicine, told the ACR Daily News. “One of the most exciting recent developments is that drug companies have created agents to target the interferon pathway. It’s been a rocky road, but there have been some positive results.”

If anifrolumab gets the green light from the FDA, patients who haven’t responded well to other lupus treatments — especially those who have a high interferon gene signature — might benefit by including it in their current drug regimen, says Dr. Domingues. (The drug would be an add-on, not a replacement.)

If the drug eventually gets approved, label specifics such as recommended dosing and warnings about side effects would be revealed at that time. In the TULIP 2 study, participants in the treatment group used 300 mg of anifrolumab via infusion every four weeks. Serious adverse events were rare and occurred more frequently among those in the placebo group. The most common side effect experienced by those using anifrolumab was shingles, which occurred in 7 percent of anifrolumab users.