Lupus or Rheumatoid Arthritis? Here’s How It Took This Woman 20 Years to Get to the Bottom of Her Symptoms

Kristen Towery's disease just did not want to be found. 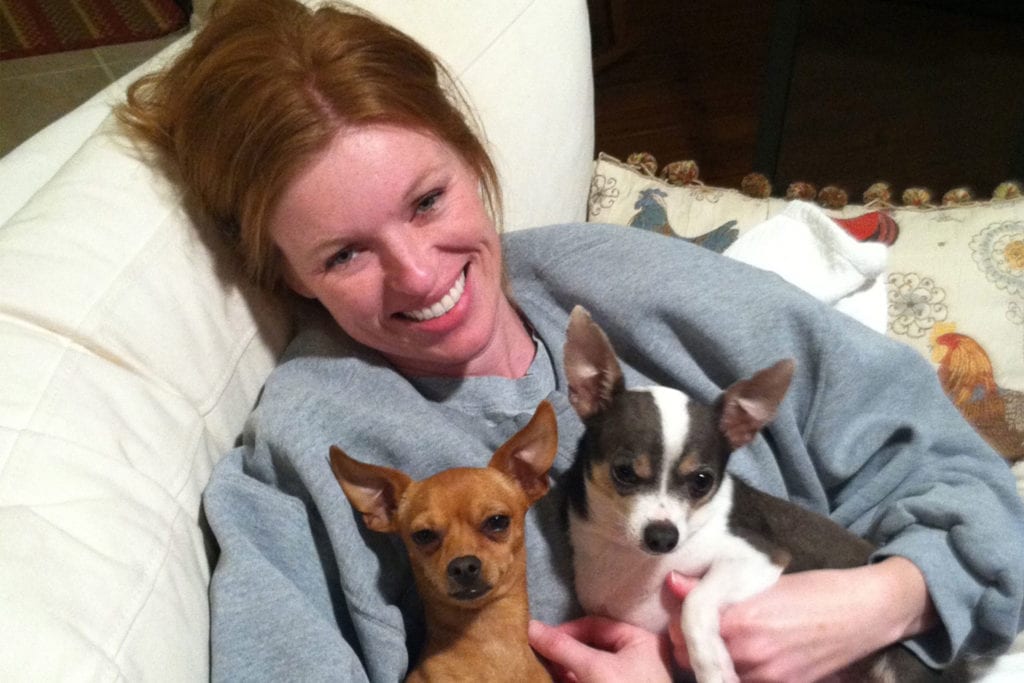 It all started with a horrible case of mono.

That’s what Kristen Towery, 46, thinks now when she looks back on her symptoms and the nearly two decades it took to get a proper diagnosis.

During her junior year of college, the bout of mono was so bad that she had to miss a semester of classes.

“I never felt like I got fully better,” she says. “I really still struggled with the fatigue. That was something that stuck with me throughout my early twenties.”

For the first few years, Towery visited different doctors, mentioning the fatigue to see if anyone could suggest a solution. “Could I have this chronic fatigue syndrome I keep hearing about?” she would ask, explaining that she just couldn’t get back to normal energy levels.

The fatigue wasn’t completely debilitating at that point. “But I knew that I didn’t really have enough energy to go to work and come home and be the other things that I needed to be,” says Towery, who at the time was working in the corporate buying offices of Neiman Marcus in Dallas. “It was exactly like The Devil Wears Prada. Super super stressful and that took a lot out of me, and not feeling like I had the energy on top of it made it much worse.”

Most doctors blew her off. Chronic fatigue syndrome doesn’t really exist, they would tell her. “You just need to exercise.” “Work less.” “Get more sleep.”

The Pain Starts to Creep In

Throughout her twenties, Kristen endured other seemingly random symptoms here and there. She had pain in her neck that she saw a chiropractor for. She recalls going to several dermatologists for mysterious rashes — “I’d break out in hives from time to time.”

There was one instance with hip pain so piercing that it sent her to the emergency room, but then it went away.

In Kristen’s early thirties she started noticing some pain in her hands and she saw a couple of different doctors. But “it wasn’t enough to drive me crazy,” she says, and she didn’t push.

The First Flare: Could It Be Lupus or RA?

Kristen, who now lives Tampa, Florida with her husband and two Chihuahuas, hadn’t given much thought to the idea that she could have an autoimmune disease. It was the early nineties when she graduated college, and you couldn’t exactly look up your symptoms online.

But then, around seven or eight years ago, she got hit with a bad flu-like illness. “In retrospect, I think it was a horrible flare,” she says. Sick, hot, feverish, with rashes that kept breaking out across her chest, shakiness and loss of balance. “Weird things,” she says.

It was at this point that other people started to suggest to Kristen that she might have lupus. Enter Google — and conviction.

“I started researching it and thought, ‘oh, it has to be lupus,’” says Kristen.

She ruled out RA because “I thought you have to be screaming in pain, that it has to be super bad. I felt like my symptoms leaned more toward fatigue.” The lupus signs, for Kristen, were adding up: hair loss, rashes, brain fog, anxiety issues.

Her primary care doctor had run a slew of RA and Lupus blood tests, found nothing, and told her the five words no chronic illness patient ever wants to hear: “It’s all in your head.”

She pushed for a referral to a rheumatologist.

The rheumatologist agreed that Kristen’s symptoms sounded like they could be lupus, and he ran more tests. Everything, she says, came back negative. Tests that look for certain antibodies in the blood — rheumatoid factor and antinuclear antibody (ANA) — were both negative. (More than 95 percent of people with lupus will test positive for ANA.) Her sedimentation rate, which measures levels of inflammation in the body, was normal.

“You don’t have RA. You don’t lupus,” the doctor told her.

Trying to Get Back on Track

Kristen, who by now had quit her job as a high school English and history teacher because it was way too taxing, was defeated and confused. “I felt half dead,” she says. The brain fog was making it impossible for her to think straight. “I couldn’t get up in front of the class and remember how to spell basic words.”

After taking a break from work, she gradually started feeling better. She went back and got a different teaching job, which was going well… and then she got hit with another flare.

This time, Raynaud’s, a condition in which blood circulation to your extremities becomes limited, started popping up and turned Kristen’s fingers purple. Her back and hips were throbbing.

“I was waking up in the morning with my hands in little claws, and my feet hurt really badly,” says Kristen, who by this time found out that her grandmother had had rheumatoid arthritis.

She felt something shift in her gut — and somehow just knew she had RA too, even if blood tests wouldn’t confirm it. She sought out a different rheumatologist.

Getting Diagnosed: “I Was Almost Giddy”

Kristen told the rheumatologist (who she still treats her today), all about her complicated medical history. This time, though, the radiographic imaging finally caught it. “They X-rayed every bit of me,” Kristen says.

Based on the X-rays, the doctor told her she likely had about five years of damage to her joints. It was rheumatoid arthritis.

Kristen’s reaction to learning she had RA was probably different than the average patient’s. “I was smiling,” she remembers. She was just so relieved to have a name for what she’d been experiencing for almost 20 years — nearly her entire adult life.

What’s more, Kristen’s husband had been living with psoriatic arthritis for 10 years, and was managing it well on a TNF inhibitor biologic. Kristen assumed she too would get on a treatment and start feeling fine. 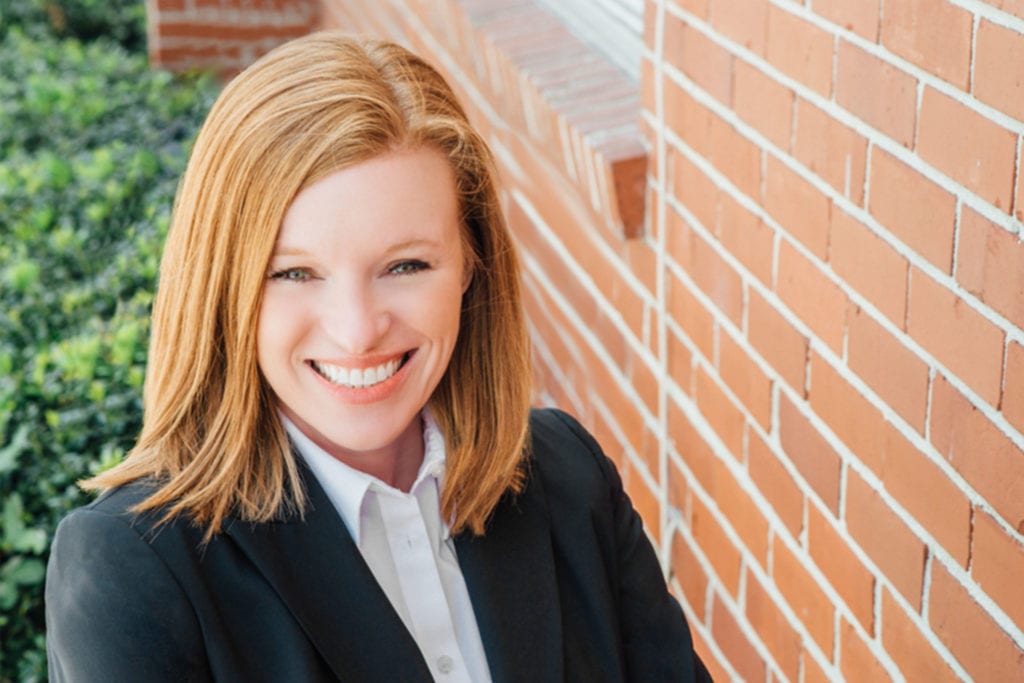 It wasn’t quite that simple. Now on her fourth biologic, Kristen is finally starting to feel like maybe everything’s under control.

“It’s been a roller coaster up and down, an emotional journey,” she says. “It hasn’t been super easy, but I feel better than a lot of people do and I finally feel like I’m in a place where I’m better able to balance my time and feeling better. I’m getting there. I’m the best I’ve been in a long time.”

As for having a husband who also has inflammatory arthritis? “It was actually a little harder for me in the beginning,” Kristen says. “Because his has been quite well controlled, I think he expected mine to be right off the bat. And mine has been a lot more difficult to control.”

Even while on treatment that controls her pain symptoms well, she still struggles with fatigue, which he husband typically doesn’t.

“I think he expected me to be better sooner,” Kristen says. But over time they’ve seen that their diseases are very different from one another’s and have learned to adjust to it. “And he gives me my shots, so that’s a good thing.”

From Patient to Advocate

“When I was diagnosed I knew pretty quickly that I wanted to get involved in shaping the conversation and the process, beyond the level that was just stuffing envelopes,” says Kristen. “I had been living so long undiagnosed and I wanted to take steps to make sure that doesn’t happen to other people, or lessen the degree to which it does.”

She saw online that CreakyJoints had put out a call for people with RA who would be interested in sitting on a patient council and to fill out an application. “I thought, there’s no way they’re going to pick me — I’m newly diagnosed, I haven’t done any other advocacy work yet. But I filled it out and I got a phone call not too long after.”

Kristen joined our Patient Council for people living with inflammatory arthritis, and has been actively involved ever since.

As a member, Kristen helps inform and shape patient-centered communication and educational materials. For example, she was involved with the development of our Rheumatoid Arthritis Patient Guidelines.

“Education is empowering,” she says. “I’ve had friends who have been diagnosed with diseases like this and not really even take much of an effort to learn themselves about the disease. That surprises me because the more you know, the better your treatment outcome can be. You have to educate yourself and not just rely on what the doctors say. Don’t just trust everything you read online. Read journal articles, read abstracts. Stay up to date on what’s happening and what the different treatment options are.”

“Work with your doctor but don’t necessarily rely 100 percent on them,” she says firmly. “We’re the patient, we have to live with this, and it’s important to take as much of it into our own hands as we can.”

Being part of CreakyJoints has also helped Kristen find the peer support she didn’t know how badly she needed.

“It’s so easy to get in your head and feel like this is only happening to me,” she says. “I didn’t know how to live with this unpredictability or this pain, but when you start to meet other people who do, that’s empowering. Just to know that you’re not the only one.”

Webinar: How the COVID-19 Pandemic Affected Patients with Arthritis and Rheumatic Disease

What Does Gout Pain Feel Like? How to Tell If Your Pain and Swelling Is Gout

There Are New Guidelines for Treating Chronic Pain with Cannabis, According to an International Task Force