17 Facts About Lupus You Might Not Know, But Should

Vague symptoms can make this autoimmune disease challenging to diagnose. 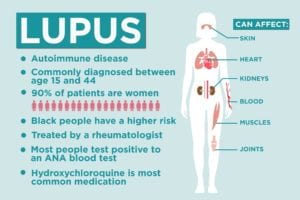 If you’ve been having symptoms that you suspect are lupus, or your doctor thinks you might have lupus, you might be Googling like crazy or your mind may spinning with questions: What does this mean for your future? How will you be treated? Will you ever feel healthy/normal again? And just what is lupus, anyway?

Here, we address your basic questions and more.

1. Lupus is an autoimmune condition

No one is sure what causes lupus, but doctors do know that the symptoms emerge when your immune system isn’t working as it should. Your immune system cells that are supposed to protect the body from different germs start treating normal, healthy cells like invaders, attacking them and causing flare-ups that can affect the joints, kidneys, and almost any other system in the body.

2. The symptoms of lupus are vague

Symptoms of lupus vary from person to person, from severity to the body parts affected. Some of the most common signs of lupus are a rash and joint pain, says Konstantinos Loupasakis, MD, a rheumatologist with MedStar Washington Hospital Center, but symptoms can also include fatigue, hair loss, mouth sores, and fever. “There’s a great range of manifestations we see with lupus,” he says.

3. Lupus can be diagnosed at any age

Women at childbearing age (between 15 and 44) are at the highest risk of lupus, according to the Centers for Disease Control and Prevention (CDC), but the disease isn’t limited to younger adults. Between 10 and 20 percent of people with systemic lupus are diagnosed before age 18, according to a study in Nature Reviews Rheumatology, and adults can also have “late-onset” lupus that is diagnosed after age 50.

4. Race is a risk factor

People of color — particularly African Americans — are at a higher risk of lupus than white people are, and the disease tends to affect populations differently. Native American and black patients tend to have higher mortality rates than white patients, while Hispanic and Asian patients have a lower risk of lupus, according to a study of 42,000 lupus cases. (Read more about stroke risk in black and hispanic lupus patients.) There seems to be a genetic component to the disease, but researchers are investigating how socioeconomics and other factors play into the discrepancies.

5. Women are at a higher risk

Most studies find that about 90 percent of lupus patients are women, according to a review in Seminars in Arthritis and Rheumatism. The study also found that men tend to have more damage earlier in the disease and have lower survival rates. Hormones might play a role in the sex differences, but studies haven’t found a conclusive answer, says Dr. Loupasakis.

6. You’ll want to enlist a specialist

The symptoms of lupus are vague and the condition requires regular follow-ups, so a general practitioner will need to refer you to a specialist if he or she suspects an autoimmune problem like lupus. “When there is concern [that you could have] lupus, a rheumatologist should be involved in evaluating this diagnosis,” says Jason Liebowitz, MD, a rheumatology fellow with Johns Hopkins Bayview Medical Center. Once they have a confirmed diagnosis, lupus patients will likely visit their rheumatologist every three months or so, adds Dr. Loupasakis.

7. A blood test can help, but it isn’t a surefire diagnosis

Because lupus is caused by activity in the immune system, doctors will want to test for certain antibodies to find out what’s happening on a cellular level. Antinuclear antibody (ANA) levels tend to be high in people with autoimmune problems, and about 98 percent of people with systemic lupus test positive to the ANA blood test.

But that doesn’t mean every person with a positive ANA has lupus. With or without lupus, about 14 percent of the general U.S. population shows positive ANA tests, according to a 2012 study, so doctors can’t rely on a single test to diagnose lupus.

8. A lupus diagnosis is based on symptoms and tests

Without a single blood test clinch a lupus diagnosis, rheumatologists need to look at the whole picture. “There is no single finding that defines the diagnosis of lupus,” says Dr. Liebowitz. “It is a condition that can affect the body in many different ways, and thus diagnosis requires putting together the entire clinical picture.”

When rheumatologists suspect an autoimmune problem, they will take your symptoms into account while looking at X-rays, blood tests, and biopsies to see if results match what they’d expect from lupus, or if it is more likely a different disease.

Other conditions like rheumatoid arthritis, fibromyalgia, and Lyme disease share symptoms with lupus. Without a specific blood test pointing to lupus or other autoimmune conditions, it can sometimes take trial and error for rheumatologists to pin down the right diagnosis.

10. There is no cure for lupus

At this point, scientists haven’t found a cure for lupus. That said, the chronic disease is not a death sentence. With new medications, lupus mortality rates have improved over time, and the life expectancy for women with lupus-related kidney inflammation is almost on par with women of similar age groups in the general population, according to a study in the Internal Journal of Immunopathology and Pharmacology.

Drugs can’t cure lupus, but they can prevent flare-ups. Available medications can suppress the immune system, holding back the antibodies that would otherwise be triggering inflammation. “The most important treatment for lupus is a medication called Plaquenil [hydroxychloroquine]. Essentially all patients with lupus should be on this medication,” says Dr. Liebowitz. “The other medications used in lupus — which may include mycophenolate mofetil, cyclophosphamide, and other immunosuppressive medications — depend on the symptoms of lupus and the parts of the body that have been affected.” A rheumatologist will be able to recommend the best treatment plan for a particular patient.

12. Systemic lupus is the most common form

There are several types of lupus, but most people refer to the most common form: systemic lupus erythematosus, also known as SLE or systemic lupus. About 70 percent of people with lupus have SLE, according to the Lupus Foundation of America. Compared to other types of lupus, it tends to be more severe and is more likely to affect a major organ, such as the kidneys, lungs, or heart.

13. Sometimes, lupus is just limited to the skin

Patients with systemic lupus can have rashes, but some patients have discoid lupus, which means they might only get rashes and skin lesions, rather than joint pain, kidney problems, and other symptoms seen in SLE. About 17 patients with discoid lupus will see their disease turn systemic later, according to a Swedish study in the British Journal of Dermatology, but “most of the time, it will never progress,” says Dr. Loupasakis.

When some people take certain medications, including isoniazid, hydralazine, and procainamide, their bodies can overreact and start showing lupus-like symptoms. Typically, they’ll have symptoms like low-grade fever, aching and swelling joints, or occasionally rashes, but the more serious aspects like kidney inflammation don’t tend to show up, says Dr. Loupasakis.

The condition is separate from “true” systemic lupus because it isn’t chronic. “In the majority of these patients, once they stop the medication, the symptoms will go away in a few weeks,” Dr. Loupasakis says.

15. Some babies are born with lupus

Sometimes, a mother with lupus or antibodies related to it can pass those antibodies to her newborn, causing a form of lupus called neonatal lupus. “‘Bad’ antibodies are transferred from the mother to the baby along with ‘good’ antibodies that are supposed to protect the baby in the first months of their life,” says Dr. Loupasakis.

Typically, the result is lupus-like skin lesions that go away after a few months, when the babies start to make their own antibodies, he says. In rare cases, the child of a mother with those antibodies will develop a condition known as congenital heart block, but moms-to-be with lupus shouldn’t stress. Only 2 to 5 percent of babies whose mothers have those antibodies will develop congenital heart block, according to a study in Arthritis & Rheumatology. These problems can be detected during ultrasound during pregnancy and babies can be treated immediately after being born by getting a pacemaker implanted to help regulate the electrical activity of the heart.

16. Lupus can damage the kidneys

Left unchecked, inflammation running rampant in the body can lead to serious complications. For lupus, damage to the kidneys is a big concern. About 40 to 70 percent of lupus patients have kidney inflammation, according to a study in Nature Reviews Nephrology, making renal failure one of the main comorbidities.

“Unfortunately we see that quite often, especially in patients that did not present to us early enough,” says Dr. Loupasakis. The life expectancy of lupus patients with renal disease or failure is three to ten years lower than that of a lupus patient without kidney problems, according to a study of 700 Hong Kong patients.

Indirectly, lupus can lead to cardiovascular problems. Lupus doesn’t directly affect the heart, but the inflammation the disease causes can speed up the formation of blood clots, says Dr. Loupasakis. Cardiovascular disease is the leading cause of death in people who have had lupus for more than five years, according to a study in Current Cardiology Reviews. One thing you can do to help reduce your risk of heart disease is to eat a healthy, Mediterranean-style diet that focuses on healthy vegetables and seafood while avoiding red meat, recommends Dr. Loupasakis. 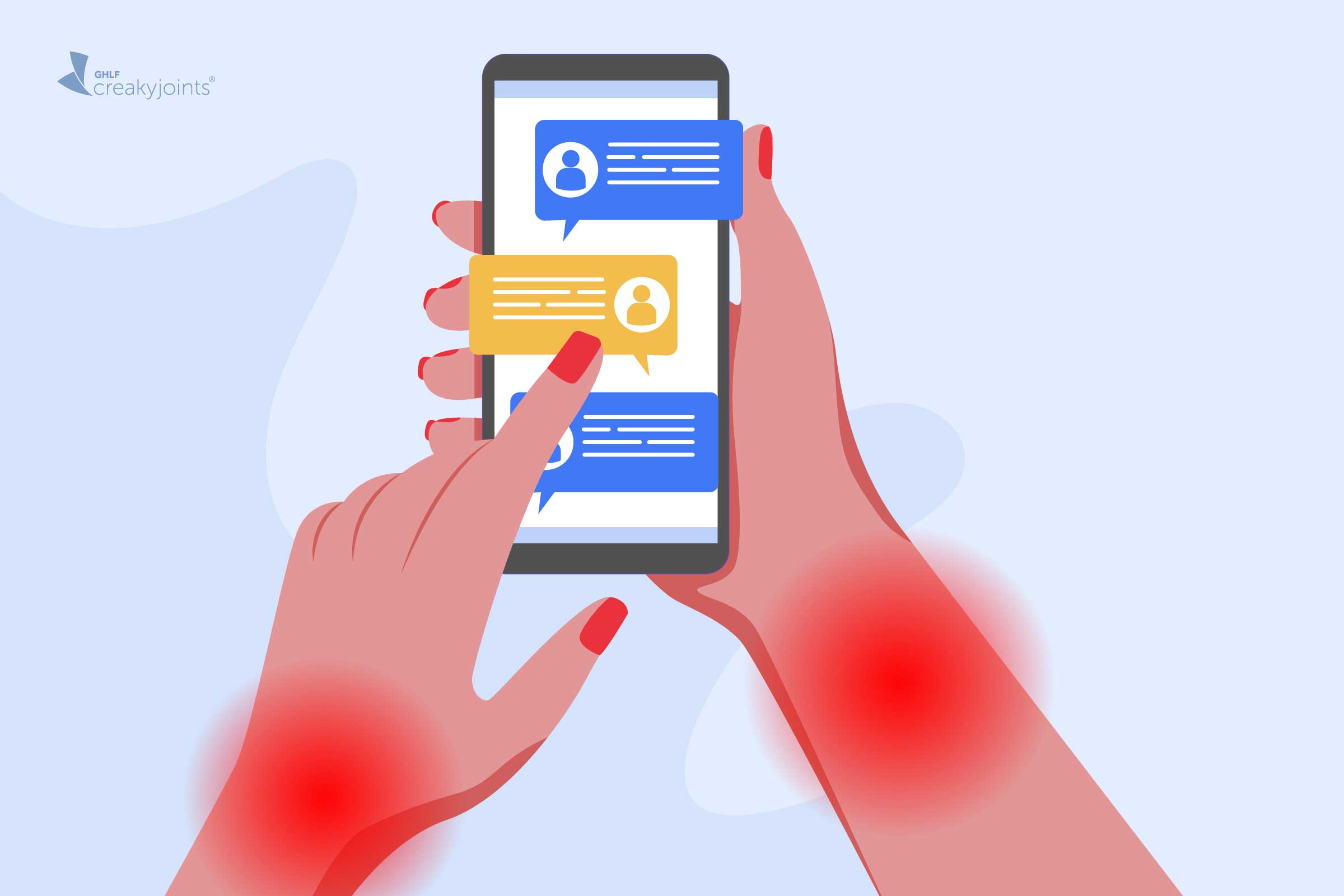 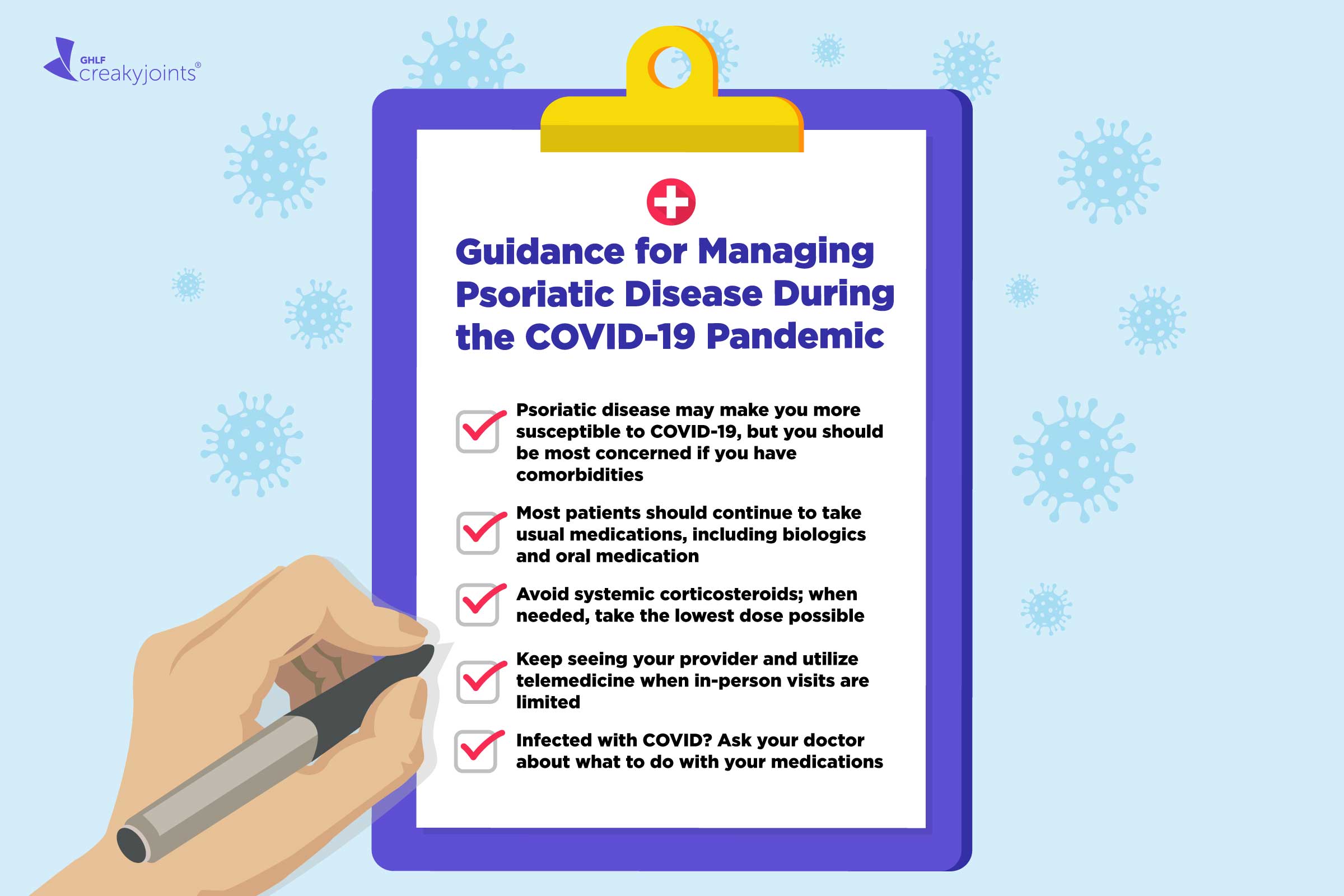 How to Treat Psoriasis and Psoriatic Arthritis During COVID-19: New Clinical Guidance 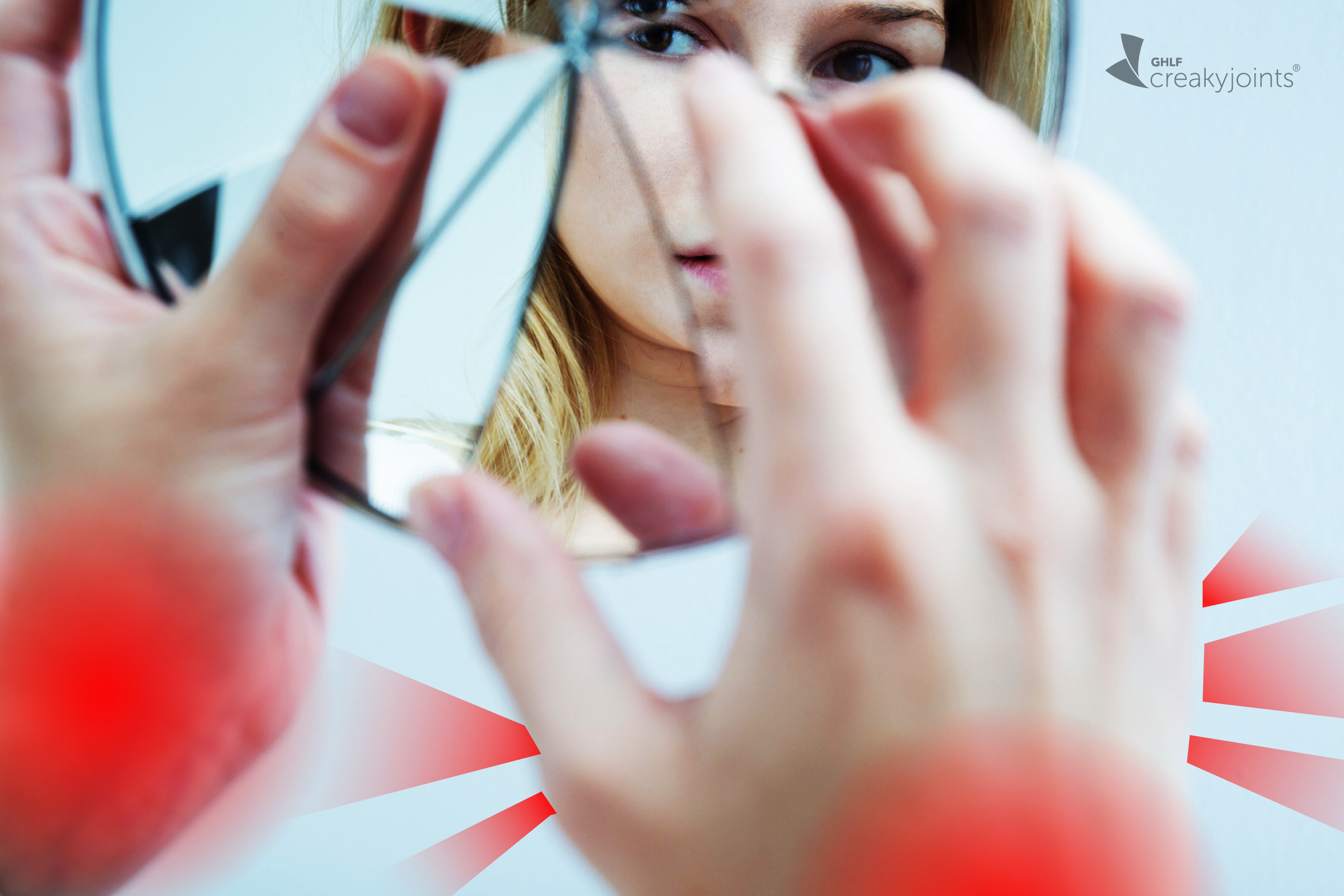 Body Image, Self-Esteem, and Arthritis: 23 Candid Confessions (Plus: Tips for Feeling Better About Yourself)