If You Have Fibromyalgia, You May Be Better Off Doing Tai Chi Than Cardio

Although the ancient Chinese tradition was originally for self defense, tai chi has “evolved into a graceful form of exercise that’s now used for stress reduction and a variety of other health conditions,” notes the Mayo Clinic. “Often described as... 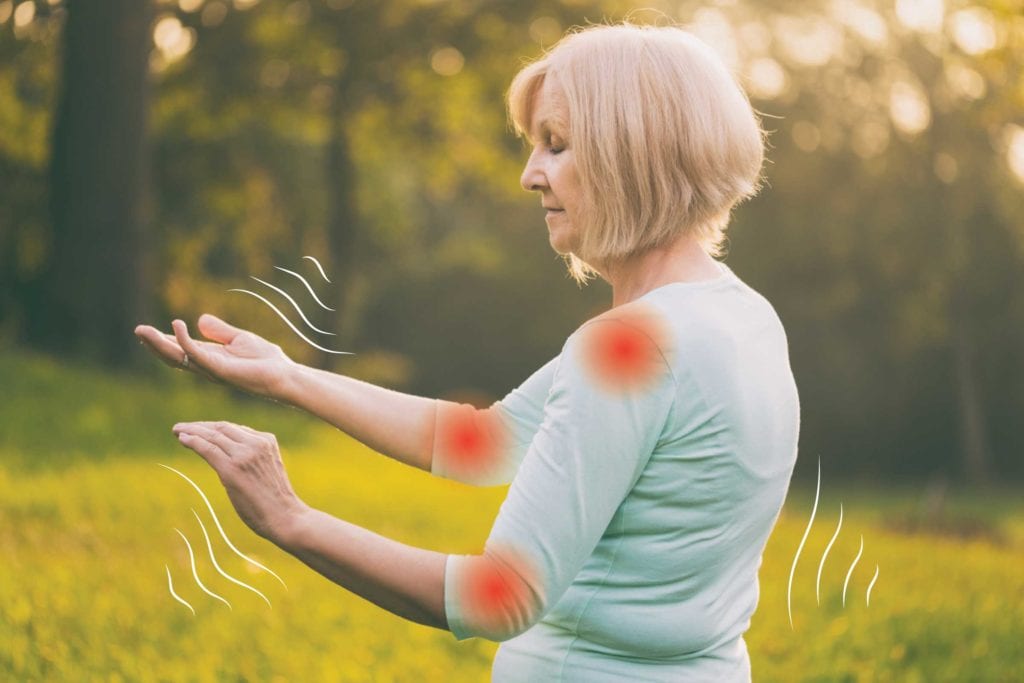 Although the ancient Chinese tradition was originally for self defense, tai chi has “evolved into a graceful form of exercise that’s now used for stress reduction and a variety of other health conditions,” notes the Mayo Clinic. “Often described as meditation in motion, tai chi promotes serenity through gentle, flowing movements.”

Those gentle movements may be more beneficial to fibromyalgia patients than aerobic exercise, or physical activity that primarily benefits the cardiovascular system rather than building strength, according to recent research published in the BMJ.

Chenchen Wang, MD, PhD, a professor of medicine at Tufts University School of Medicine, and colleagues studied a diverse group of 226 fibromyalgia patients between 2012 and 2016. The patients, on average, were 52 year old; 92 percent were women; and 61 percent were white. Researcher divided the study participants into two groups. A group of 75 was assigned a 24-week regimen of twice-weekly aerobic exercise. The remaining 151 did tai chi; this group was split into four sub-groups, which either did tai chi for 12 or 24 weeks, and either weekly or twice weekly.

Fibromyalgia is a disorder with widespread musculoskeletal pain, as well as a host of other symptoms. (These are the most common signs your pain is fibromyalgia.) It’s believed to impact the way the brain processes pain, which intensifies the pain.

Fibromyalgia affects an estimated 2 to 4 percent of 18- to 65-year-olds worldwide. “Although there is no cure for fibromyalgia, core treatments combine multidisciplinary approaches including drugs, exercise, cognitive behavioral therapy, and health education,” according to the study authors.

When Dr. Wang and colleagues compared the most rigorous tai chi group — which did those gentle, flowing movements twice a week for 24 weeks — with the aerobic exercise group, they found a dramatic benefit for those who did tai chi.

The difference was measured on something called the Revised Fibromyalgia Impact Questionnaire (FIQR, which is measured from 0 to 100, and in which smaller numbers are better). The aerobic exercise group saw a change of -9.2; the tai chi group saw a drop of -25.4. All five groups of patients saw improvements in their fibromyalgia symptoms, but that 16.2 point difference was clinically significant, the researchers noted.

They found a dramatic benefit for those who did tai chi.

“Compared with aerobic exercise, the most commonly prescribed non-drug treatment, tai chi appears as effective as or better for managing fibromyalgia,” they wrote. “Our investigation also showed that a longer duration of tai chi results in greater benefits, and patients are more likely to attend tai chi classes.”

Further, the findings were consistent across three different tai chi teachers and among a diverse group of fibromyalgia patients. “This mind-body approach may be considered a therapeutic option in the multidisciplinary management of fibromyalgia,” they wrote.

The researchers also note that many patients have trouble maintaining exercise programs, particularly when their fibromyalgia symptoms are worse. In the study, patients found it easier to stick to a tai chi schedule than they did to regularly get aerobic exercise.