Female patients were much more likely to have a dual diagnosis. 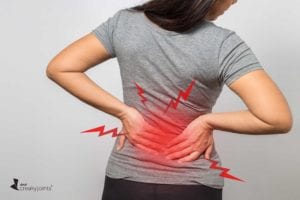 Small studies have suggested an overlap between spondyloarthritis (SpA) and fibromyalgia, but now a larger meta-analysis confirms it: About 17 percent of SpA patients also have fibromyalgia, compared to 2 to 8 percent of the general population that has fibromyalgia.

These findings, which were based on an analysis of 15 earlier observational trials, were presented at the 2019 American College of Rheumatology/Association of Rheumatology Professionals (ACR/ARP) Annual Meeting in Atlanta.

The researchers determined that females with SpA were significantly more likely than men to have the dual diagnosis of fibromyalgia. They also found that people who live with both conditions are more apt to have higher levels of SpA disease activity. Whether that’s a coincidence or related to the underlying pathology of these conditions is unclear.

People with SpA often need to take disease-modifying antirheumatic drugs (DMARDs) and/or biologic drugs to slow or stop the progression of the disease.

According to the American College of Rheumatology, fibromyalgia is not a form of arthritis but rather a neurological condition that causes widespread pain and fatigue. Fibromyalgia is often treated with over-the-counter pain relievers as well as certain antidepressants and anti-seizure drugs that have been shown to reduce fibromyalgia symptoms.

In addition to occurring in patients at the same time, it’s also possible that spondyloarthritis can be mistaken for fibromyalgia and therefore not properly diagnosed.

Not Sure What’s Causing Your Joint Pain?