If You Have Rheumatoid Arthritis, Methotrexate May Protect Your Heart — Regardless of RA Disease Activity

Methotrexate has long been believed to be cardio-protective in people who have RA, but is that really a direct benefit of methotrexate or simply the result of getting RA disease activity under good control? 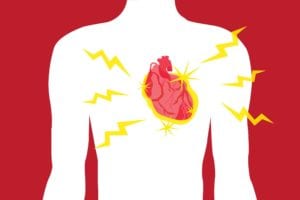 Methotrexate, a conventional disease-modifying antirheumatic drug (DMARD), has long been believed to be cardio-protective in people who have RA, and research has shown that RA patients who take it have a reduced risk of serious cardiovascular events like heart attacks and strokes. But is that heart protection really a direct benefit of methotrexate, or is it simply the result of getting RA disease activity under good control?

To find out, researchers led by Tate Johnson, MD, at the University of Nebraska Medical Center analyzed data on a large (2,168) group of U.S. Veterans who had RA and were considered high risk for cardiovascular events. The researchers focused on the patients’ health status (based on check-ups with medical providers), prescription use (including methotrexate), and cardiovascular events over a 10-year period (2005 to 2015).

According to their analysis, which was presented at the 2019 American College of Rheumatology/Association of Rheumatology Professionals Annual Meeting in Atlanta, RA patients who used methotrexate were 30 percent less likely to experience a cardiovascular event such as a heart attack, stroke, or heart failure that required hospitalization.

Interesting, methotrexate might only protect the heart in certain populations. An unrelated large study (CIRT) that involved patients with cardiovascular disease (and who did not have RA) found that those who took methotrexate were not any less likely to avoid a heart attack, stroke, or other serious cardiovascular event.

“While the CIRT trial did not find methotrexate to be cardioprotective, not all subjects in the trial had systemic inflammation, in contrast to patients with RA,” says Dr. Johnson. “Potential cardiovascular benefits of methotrexate beyond lowering RA disease activity include lower systemic inflammation as well as improved lipoprotein and endothelial function. More research is needed to understand these mechanisms and whether they may be specific to patients with RA.”